Darya (Dasha) Maliauskaya ’22, a student at Trinity College, recently published an article in the Inquiries Log on authoritarian rulers and military support. This open-access academic journal allows undergraduate and graduate students to publish their work in the humanities, arts, and social sciences.

Research conducted by Maliauskaya explores how autocrats use power, coercion, and loyalty to influence the military to support the regime during mass uprisings. “The paper aims to show the ways in which authoritarian leaders can either increase or decrease their cohesion with the military, as an institution, which then affects whether the military backs an autocrat during mass uprisings,” he said. she declared. “I am generally interested in understanding the theoretical dimensions of authoritarian regimes and exploring the interconnected phenomenon of authoritarianism and social movements.” Read Maliauskaya’s article here.

For their mid-term assignments, students were given the freedom to conduct their own research on an authoritarian regime of their choice and relate it to what they had learned and studied during the first half of the semester. Maliauskaya analyzed a case study of the Arab Spring in the Middle East and the countries affected. “Born and raised in Belarus, in a country that was not a democracy, I was compelled to study how authoritarian regimes work and the sources of their resilience,” Maliauskaya said. “The subject of my article is not only relevant in the context of the Arab Spring, but also applicable to other cases of non-violent mass protest around the world, where the military determined the results of the protest of mass in favor of authoritarianism.”

Matsuzaki, who encouraged Maliauskaya to publish the paper she wrote for her semester, said, “This essay and my interactions with her in class and in my office demonstrated to me early on that engaging with complex theories , research and writing came naturally. to Dasha. She clearly had the mindset of an academic and a researcher.

Maliauskaya said her courses in political science and religious studies related to Middle Eastern studies influenced and contributed to her research. Specifically, the course “War and Peace in the Middle East” and the course “Modern Islamist Movements – Religion, Ideology and the Rise of Fundamentalism” reinforced his knowledge of the Arab Spring in 2011 and the complexities of socio-political movements in the Middle East and North Africa.

While conducting her research, Maliauskaya focused on reading primary and secondary sources, as well as scholarly studies to write her article. She read academic research that included information on the role of the military in authoritarian regimes; focusing specifically on the work of other scholars who have examined cases where the military remained loyal to authoritarian leaders or defected to the opposition amid mass uprisings. His research includes case studies of Arab Spring countries, as well as the general theory of authoritarianism and military support.

Maliauskaya wrote her thesis on women’s participation in controversial politics in Belarus and Ukraine. After graduating from Trinity, Maliauskaya decides between furthering her education for a master’s degree or embarking on a career related to political science, such as a research or program assistant.

the Inquiries Log is open to all undergraduate and graduate students who wish to publish their work, giving students access to publication and taking their work out of the classroom and offering it to others.

To learn more about political science at Trinity, click here. 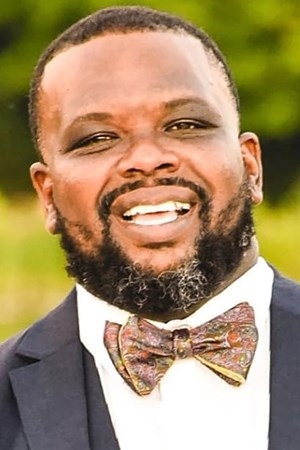