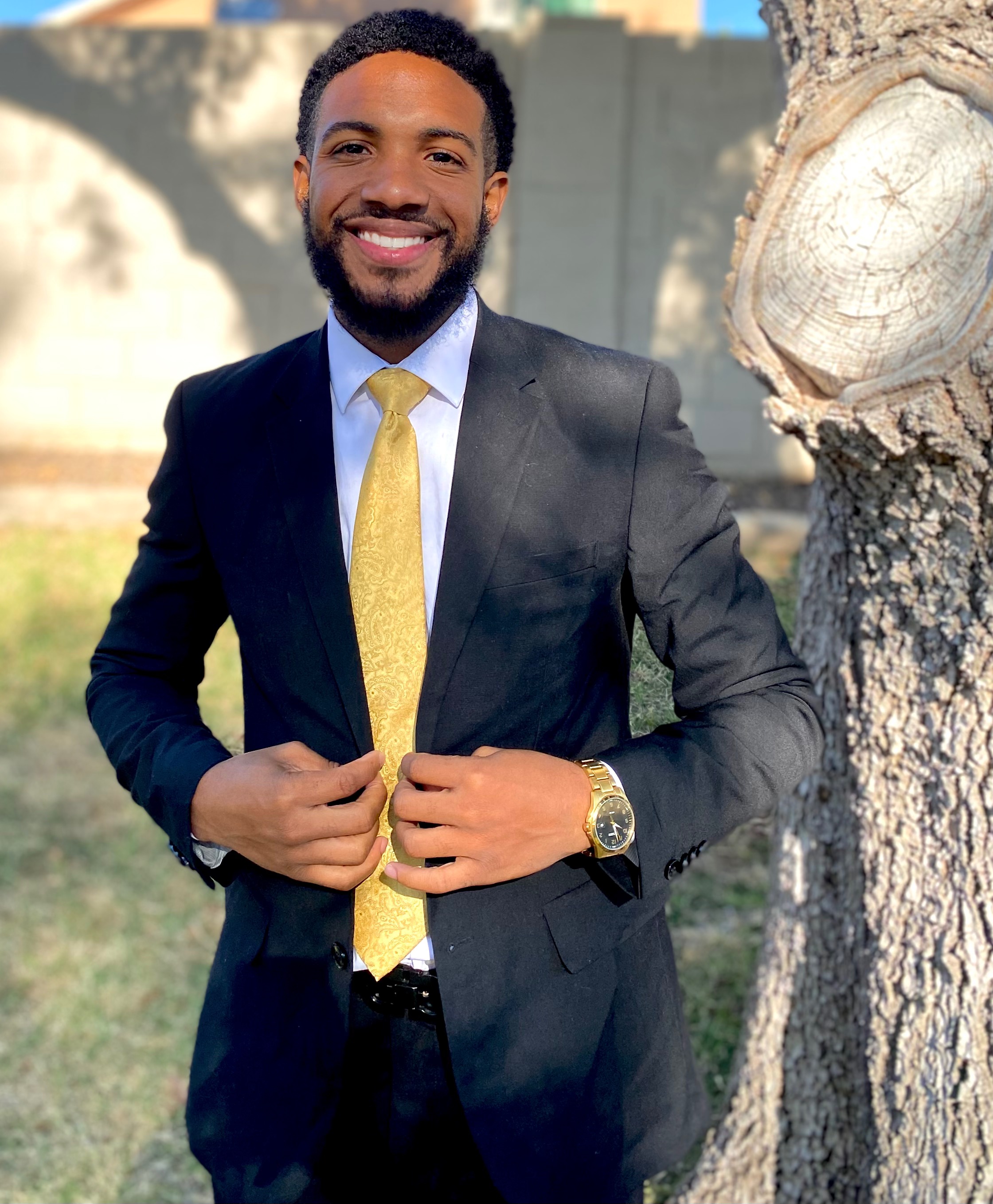 Editor’s Note: This story is one in a series of profiles of notable fall 2021 graduates.

He attended Mesa Community College (MCC) after graduating from high school in 2014 on a scholarship. However, after a year, White said he lost interest in school and athletics and dropped out.

His parents, both educators, encouraged White to graduate even though he wasn’t sure what he would study. While away from school White had pursued acting and modeling activities – in which he had some success – so he considered majoring in acting.

“I couldn’t find a lot of options but in my head I was about to be the next Michael B. Jordan so it didn’t matter what degree I had.”

Soon after, however, White began to experience the same feelings of indecision he had when he dropped out of college. He realized that maybe this was not the career path for him.

Towards the end of 2017, White started dating her future fiancé. He was in his third semester at MCC when he found out they were expecting their first child.

“I remember the disappointment of my boss at MCC, my parents and my peers when I broke the news,” White said. “I wanted to give it all up again.”

This time, White channeled the negativity in his life into motivation. He was determined to prove that he could combine school, work and being a father. He changed his classes to a more general path and took online classes. A year later, he obtained his associate degree.

Now White was wondering “what’s next?” “

White had a political mind growing up. He would watch CNN instead of Cartoon Network. He also saw with his own eyes what the justice system is capable of thanks to his brother, who has spent time in and outside prison.

Due to his interest in politics and his motivation to create positive change, he began to search Google for political science degrees online. Around midnight, he found the ASU Online Bachelor of Arts in Political Science from the School of Politics and Global Studies.

The next morning he was on the phone with ASU.

“I remember the self-doubt that came in again,” White said. “They are not going to accept me, I have made too many academic mistakes.”

“All that self-doubt that I once had no longer lingers. I proved to myself that I could do it.

White added that during his ASU enrollment he welcomed his second child. While this added more to her plate, White says her kids have become her new motivation.

“I didn’t do it for myself anymore, I remembered it daily, I did it for them,” White said. “When I balance everything, they’re the ones who keep me grounded and motivated. “

Here he splits some of his time at Arizona State University.

Question: Which teacher taught you the most important lesson during your time at ASU?

Reply: The course that really changed my perspective was my course on Marriage and Family with Dr Krista Puruhito. She is also a mother of a newborn baby and still active in teaching. However, his course shines a light on the struggles we face as adults because of things that have happened in our past. The class itself is almost like a therapy session for me, in that it allows me to talk about situations that can make me vulnerable. But I realize as (the) majority of people go through what I’m going through, we just don’t talk about it. The teacher who taught me the most important lesson in life, however, was Professor John Dietrich. He taught me that life really depends on who you know and that relationships are everything in business and in life.

Q: What is the best advice you would give to those who are still in school?

A: My experience was easily 10/10! From day one on the phone for registration information, until being called periodically by Catherine, my Success Coach, just to see how I was doing. To teachers and staff – how amazing they made my process, thank you. ASU is my mom’s and sister’s alma business, and on December 14, 2021, I’ll be an alum too! Fork!