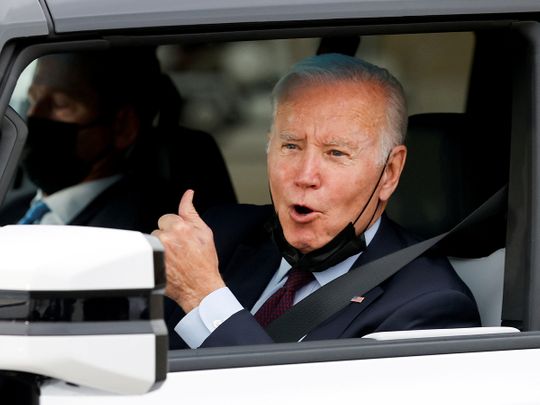 In its recently released report on the state of democracy in the world, the International Institute for Democracy and Electoral Assistance (IDEA) warned that the world is becoming increasingly authoritarian.

Many well-established democracies have retreated due to their restrictions on free speech, the falsification of constitutional standards and the violation of the rule of law. A similar conclusion about the health of democracy around the world was given by the Freedom House and the Varieties of Democracy (V-Dem) project.

With the decline of democracy, there has been further marginalization of minorities in these countries and trampling of minority rights.

Since 2006, China and Russia have been expanding their international influence. To counter it, US President Joe Biden gathered more than 100 leaders for his virtual “Democracy Summit” on December 9-10, 2021 and announced several initiatives to support democratic movements around the world.

However, this summit lacked a specific objective and several guests were nationalist populists under whose leadership democracy in their countries was declining.

Populist regimes in many democracies come to power by ‘altering’ minorities and creating discourse on behalf of the ‘majority’. After having come to power, these regimes do everything to further limit the cultural, religious, economic and public space of marginalized minorities.

In several democracies, the existing rules and institutions allowing minorities to participate in public life are reduced or compromised under the pretext of giving back the right to the majority.

Populist movements also encourage physical attacks and hate crimes against minority groups, and this, among other things, limits the participation of minority communities in the political process. The protection of the rights of minorities is essential in a democracy to protect human rights and the rule of law.

In the absence of protection of minority rights, a state obtains its governments through elections, but it lacks legal and institutional guarantees preventing abuse of power by elected officials with the support of the majority.

Many populist leaders, from America to Europe and from Asia to Africa, under the guise of majority rule, have undermined the basic rights of minorities. The exclusive populist-nationalist discourse projects and promotes the country’s majority religious or ethnic group as the sole owner of the nation-state.

The majority group is characterized as true natives, hard workers, taxpayers, and law-abiding, and minorities are lazy profiteers, outsiders engaged in illegal activities and even security threats. This binary framing by populist forces exacerbates discrimination against minorities and leads to democratic decline.

Move the center of power

Populist leaders often aim to increase the power of the executive at the expense of the judiciary, thereby eliminating transparency and the separation of powers. They tend to shift the center of power from parliament to government and from law to decree.

As a result, these populist leaders have become serious threats to democracy, especially the checks and balances system and its representational function by focusing only on majority rule and subverting the protection of minority rights.

The problem with populism is that it defines democracy as majority rule. In some countries, nationalism combines with populism, taking away any rights from an individual and leaving all power to the whims of the state. When nationalism and populism meet, it sounds like the death knell for individual rights and mechanisms for protecting minority groups.

At first glance, the concepts of majority rule and minority rights may seem contradictory, but these two concepts are the fundamental pillars of democracy. While democracy represents the popular will through a regime elected by a majority of voters, it is at the same time essential that it provides the guarantee that majority rule does not violate the fundamental individual and collective rights of minorities.

A democracy is expected to confer basic individual rights such as freedom of speech and expression, the right to demonstrate and protest, freedom of religion and belief, equality before the law and the possibility of participate fully in public life. At the same time, within the framework of group rights, democracies are required to provide minority groups with the opportunity to maintain their cultural identity and social and religious practices.

Majority rule in a democracy is to decide public policies and govern the country; it is not a license to suppress and persecute the minority. Democracy not only requires elected leaders to formally adhere to the laws, but also to act in accordance with the spirit of the laws by promoting political equality.

Suppose the majority come together and decide to deny the basic rights of individuals and groups to minorities. In this case, minorities can potentially lose all opportunity to participate in shaping the policies that govern their lives. Thus, the creation and protection of special measures and institutions are necessary for a democracy to protect marginalized minority groups.

In recent years, the rise of populist forces has crushed the rights of minorities in the name of majority rule, and it has become the main factor in the destruction of democracies around the world.

If President Biden is serious about strengthening democracies, he must target undemocratic populist movements and ideologies that use democratic electoral means to seize power. There is no doubt that democracies are in danger, but the threats do not come from outside but from within the country.

Ashok Swain is Professor of Peace and Conflict Research at Uppsala University, Sweden.