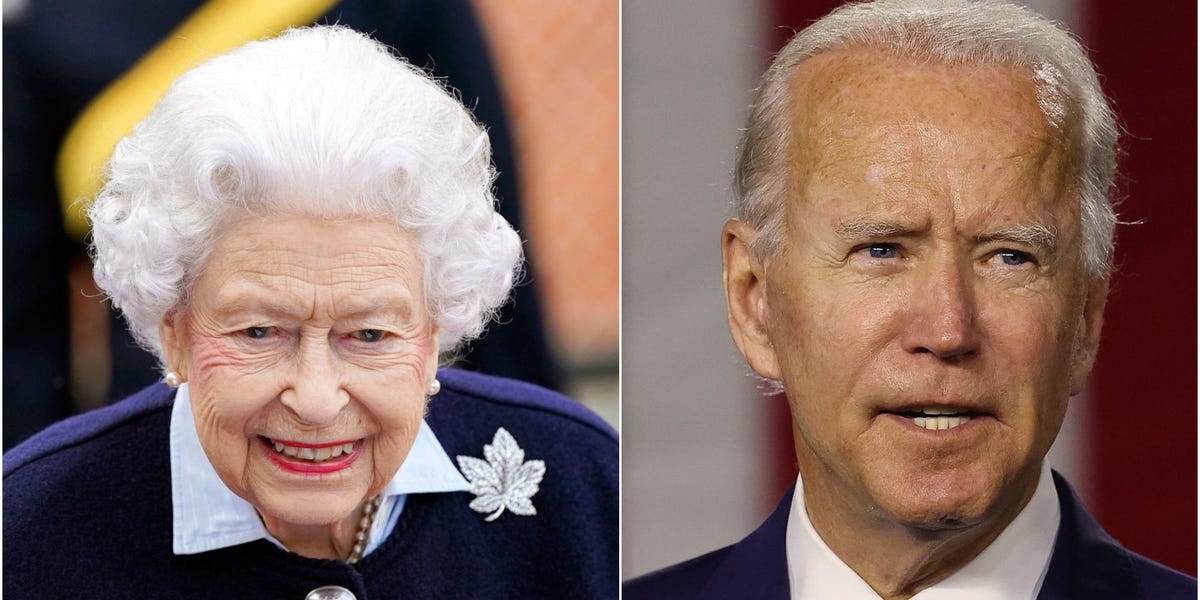 Prince Harry and Meghan Markle sparked a debate about the royal family’s involvement in politics when they encouraged people to vote in the US presidential election.

As Head of State of the United Kingdom, the Queen is should remain politically neutral, meaning she does not vote or publicly share her political views, according to the royal family’s website. However, she does participate in various ceremonial functions relating to the British government, such as the official opening of Parliament.

Scott Methven, who worked as the Queen’s piper from 2015 to 2019, told Insider Her Majesty is able to hold politicians to account thanks to her role as monarch.

“What surprised me was how much the Queen believes in something, how she would champion this cause,” Methven told Insider.

“A lot of people attack our system, but one of the things that I find good about our system is that the Queen has the ability to take people to task. And I mean politicians. So that if you think about the American system, it’s like, you’re the president and that’s it,” Methven added.

President Joe Biden is the US Head of State, however, the UK Prime Minister is not the Head of State – the Queen is.

The United Kingdom operates as a constitutional monarchy – with the Queen having ceremonial functions in government – while the United States is a republic with a system of checks and balances, according to Study.com, which means that no part of government is more powerful than the other.

Methven did not say which politicians the Queen would interact with while at the royal household. David Cameron was Prime Minister until his resignation in 2016 (Methven said it was his job to call the Royal Press Office and inform them of the resignation) before Theresa May took over the job until 2019.

The monarch has held weekly audiences with the 14 British prime ministers elected during her reign, the most recent being Boris Johnson. The royal website says she has a “special relationship” with the Prime Minister and retains the right to “appoint him and meet him regularly”.

The BBC reports that these meetings are “completely private”, without special advisers present and no official record of what is said.

Former Prime Minister David Cameron, who resigned in 2016, said he found the meetings “very valuable” and that the monarch was “always up to date” on political events, the BBC added in its report.

President Joe Biden and First Lady Jill Biden met the Queen in the UK in June, with the President telling reporters that Her Majesty reminded him of his mother.

The US State Department did not respond to Insider’s request for comment. Buckingham Palace declined to comment.