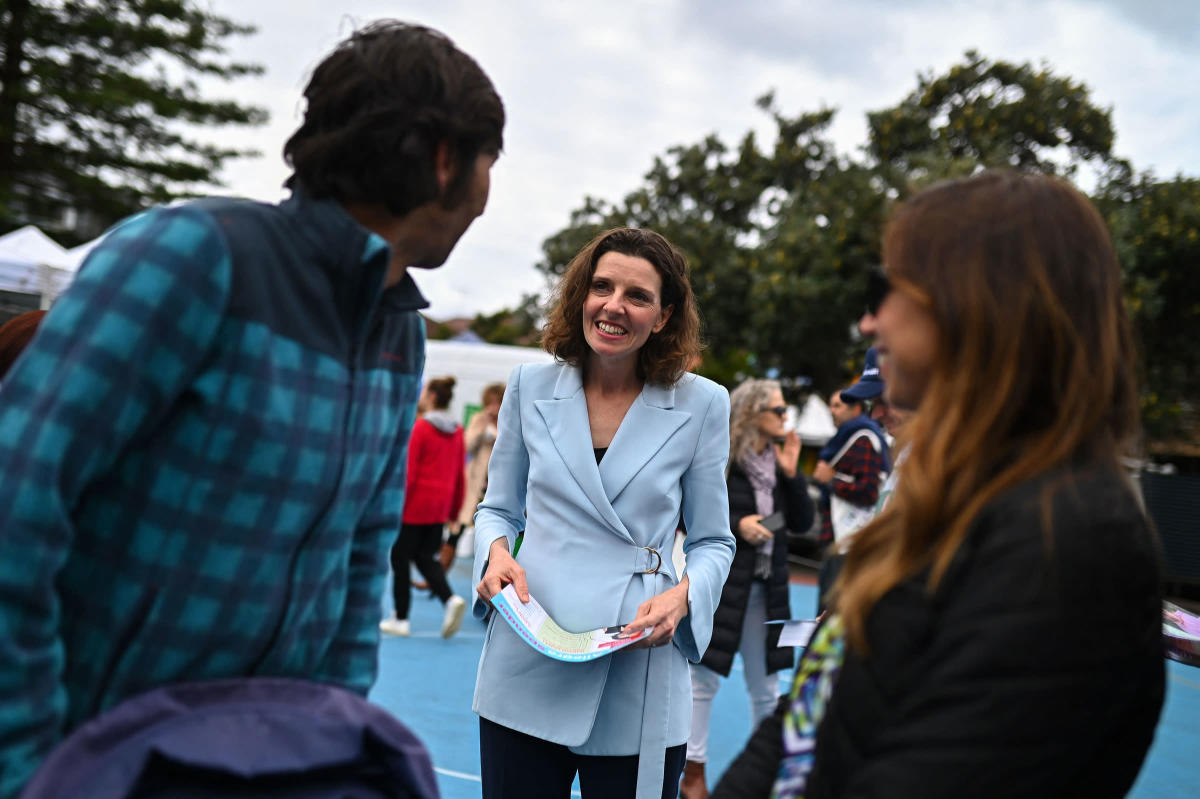 Ballots are always counted from May 21 electionbut it is already clear that Australians delivered a stunning rebuke to the ruling Conservative Liberal-National coalition government, which had refused to take meaningful action on climate change.

Voters not only replaced Premier Scott Morrison of the Liberal Party with Anthony Albanian, of the centre-left Labor Party, which promised tougher emissions targets, but they also swept several so-called “teal” independents into power. Their name combines the blue of the Liberal Party, with whom many candidates shared conservative views on fiscal policy, and green to reflect their views on climate action.

Around 20 independent Teals – mostly women – ran for seats traditionally held by Liberal politicians in some of Australia’s wealthiest electorates. They promised their constituents that they would embrace a science-based response to the climate crisis. Most independents Teal are calling for even deeper emissions cuts than Labour, which campaigned on a pledge to cut national greenhouse gas emissions by 43% by 2030.

Australians are increasingly living on the front lines of climate change, with devastating bushfires and the deadly floods that have hit the country in recent years. In this context, the teal independents have had breathtaking success. At least five teal independents won seats, with most Liberal Party members toppling, including high-profile politicians like Treasurer Josh Frydenberg.

The change in government offers a ray of hope for Australia’s climate policies. The Morrison government has pumped tens of millions of dollars into a “gas-fueled” recovery from the pandemic, and said coal-fired power stations should be operating “as long as they can.” Morrison even brought a piece of coal to parliament in 2017 to promote dirty fuel. His government’s commitment to a net zero goal by 2050 was viewed with skepticism by many around the world, with critics saying it was too little, too late.

“Climate action is the winner of this election,” the Climate Council advocacy group wrote in a post-election analysis. “Millions of Australians put climate first at the ballot box, and the politicians who dragged their feet on the most important challenge of our time are paying the price.”

It may take days or even weeks to determine the final composition of parliament, but the Liberal-National coalition government is no longer in power. The Labor Party has so far obtained 74 seats out of 151 seats in the House of Representatives, but it remains to be seen whether he will be able to obtain a majority (76 seats). Otherwise, he will have to form a coalition with small parties and independents. The outcome will determine how much influence the teal independents will have on the country’s climate policies.

Either way, it is clear Australians will no longer support a government that fails to act on climate change. TIME spoke to businesswoman Allegra Spender, an independent teal who won the seat in Wentworth, covering Sydney’s affluent eastern suburbs. Here’s what she has to say about how Australia can go from climate backward to a renewable energy superpower. This interview has been edited for length and clarity.

TIME: Why did the Teal independents do so well in this election?

Spender: They succeeded because they were truly community-led and genuinely listened to the issues most important to the community. There were many reasons why people were unhappy with the government. And I think the teal independents really listened and they developed policies that really reflected that. The climate was part of it, it was not the only one, but it was a very important element.

What have you heard from constituents in your constituency about what they want to see in terms of climate action?

They want climate action over the next decade. The Australian government had pledged to achieve net zero by 2050, but many people did not trust them. And I think the science has been very clear that it’s actually the next decade that really matters. People wanted climate action now and they wanted people who would be held accountable for climate action.

We had really big storm surges in iconic places like Bondi Beach. We had one before the campaign, where indeed there was no beach. The storm took over the entire beach. … Wentworth, which covers Bondi and Bronte Beach, is truly a coastal constituency. People have seen it live, there is a real impact in Wentworth.

Australian voters have made it clear they want to see decisive action on climate change. What happens afterwards?

A goal for myself and a few other independents and the Greens Party increases the ambition of the Labor Party. The Labor Party’s ambition is to cut emissions by 43% by 2030. It has to be higher. It should be at least 50% reduction by 2030.

It’s not just the ambition, it’s the policies behind it, that are actually more important because that’s what will ultimately determine what happens. For example, I would like them to adopt new policies like vehicle emission standards, because currently Australia has no vehicle emission standards, which means that some of the most sales in the world are sent to Australia.

Climate change is a politically explosive topic in Australia, and several prime ministers have been overthrown by climatic problems. In his victory speech, Albanese said Australia now has the opportunity to end the “climate wars.“Is this time really different?

I think it is. When you look at the mathematics of the House of Representatives, every vote lost by the Coalition was lost by the left. And now the crossbench includes a group of independents demanding strong climate action in traditional coalition seats. These seats will not come back in the next election if the Coalition does not move on climate change.

If Labor wants to retain government they could have a very slim majority, they will also have to work closely with everyone in the seat.

If the Coalition wants to form a government in the future, it will either have to work with seats like mine or take them back, and to do that it will need strong climate action.

What else needs to happen for Australia to become a ‘renewable energy superpower’?

It’s a lot of confidence and seizing the moment. Australia has all the natural resources and the natural qualities to be able to do that. But we must have more ambition and more commitment.

How we become a clean energy superpower will really unlock corporate investment in this area. I think companies are very desperate to do this, but want political certainty.

Was there a particular moment that you had that made you decide to run?

It was as COP26 approached that it became very clear that the Coalition was unwilling to do what was necessary. It was the nail in the coffin for me. If they had done something reasonable, I probably wouldn’t have raced. It was the fact that they just weren’t willing to budge. They wanted to stick to their old goals and there was no credibility, no politics behind it. I just thought, “This is unacceptable and I have to run.”

Both your father and your grandfather were Liberal Party politicians. Why did you decide to present yourself as an independent?

I think the Liberal Party has really moved away from what it used to be. That’s what my dad says too. There is no reason for the climate to be a left or a right zone. It’s a matter of science. And it’s a matter of economics. It is not a question of ideology.

In this country, we are incredibly lucky that the economy is actually with decarbonization, and the science is unambiguous. We need to make sure this isn’t a culture war and get back to a conversation about how we do it.

Moreover, there are simply not enough women in parliament, and this is also an important factor for me. I’m the daughter of a feminist who ran her own business when women didn’t have businesses. The Conservatives, in 25 years, have never had more than 25% women in the House of Representatives. It’s basically stuck at 23% for the past 25 years. I just think that’s unacceptable these days. We just need to move to a parliament that reflects our country.

Should what happened in Australia send a message to governments elsewhere about not acting on climate change?