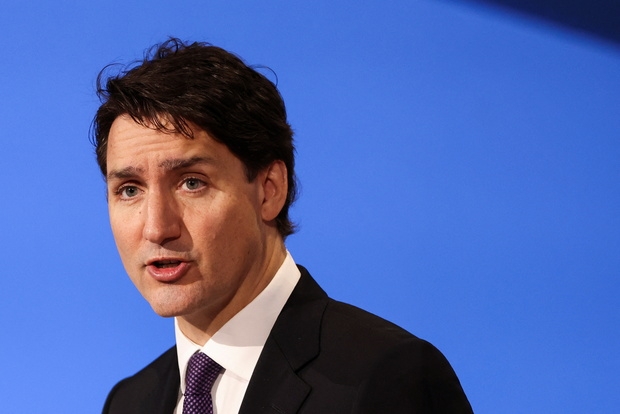 Justin Trudeau has COVID. It doesn’t appear that all of his remaining travel warrants and restrictions were protecting him. Trudeau announced he had tested positive for COVID-19 again after returning from a trip to Los Angeles for the Summit of the Americas.

While there, Trudeau rubbed shoulders with other world leaders and went to parties and receptions with celebrities. Selfies were taken, hands clasped, hugs and kisses flowed.

He lived normally there, as he should, but he also defended keeping travel restrictions and mandates in place that make no sense and do not protect against the spread of COVID, as illustrated by his own case.

“Your government continues to support mask mandates in the House of Commons and in federally regulated places like airports for example, but it appears you are wearing a mask inconsistently,” said CTV reporter Annie Bergeron Oliver. to Trudeau during his closing press conference.

“The Ontario government is lifting the remaining mask mandates very soon. Do you still believe a mask mandate should be in place and if so in what types of situations? »

It’s a good simple question, the type that Trudeau should answer. Unfortunately, although he spoke for a while, he didn’t really respond or talk about his inconsistent use of the mask or why he feels the need to wear a mask in the House of Commons but not in meetings with the world leaders.

“I understand how tired everyone is of the pandemic, of the different rules and restrictions that we have to follow, but most people understand that this pandemic is not over,” Trudeau said.

Trudeau went on to explain how our hospitals are filled with COVID patients and how concerned he is about new variants. It’s like he didn’t listen to a single public health worker, including Dr. Theresa Tam, because he’s still talking like it’s March 2020 and we don’t know much about this virus.

“Each step of the process, we will continue to be guided by the best science,” Trudeau said.

When asked a separate question about the need to keep vaccination mandates in place for domestic travel and how individual and civil liberties fit into the equation to keep them in place, Trudeau showed that he s It was about politics, not science.

We apologize, but this video failed to load.

That’s the science Trudeau based his decision on, the political science that says it was good for him and his party to campaign on vaccine mandates to win last fall’s election. The head of polling firm Abacus Data said he polled on the issue last week and 55-60% of Canadians agreed to keep them in place.

The rest of the world isn’t doing this, the rest of the world has moved on and hasn’t fared worse as a result, but Trudeau will hang on to those mandates to score political points. He wants to show that he is on the side of “science” unlike the Conservatives opposite.

It’s the same reason he wears a mask in the House of Commons when most Conservative MPs don’t. It shows that Trudeau is virtuous and cares about others.

Of course, this all goes out the window when he flies to Los Angeles or any other foreign destination. There, he hangs out maskless with world leaders, holds long meetings in small rooms with his face uncovered, and makes sure he gets those California Dreaming selfies with all the right people.

What Trudeau continues to impose on Canada is not a matter of public health, it is a matter of perception and public opinion. He just wants you to think it’s “the science”.

From our newsroom to your noon inbox, the latest headlines, stories, opinions and photos from the Toronto Sun.

A welcome email is on its way. If you don’t see it, please check your spam folder.

The next issue of Your Midday Sun will soon be in your inbox.

We encountered a problem during your registration. Try Again