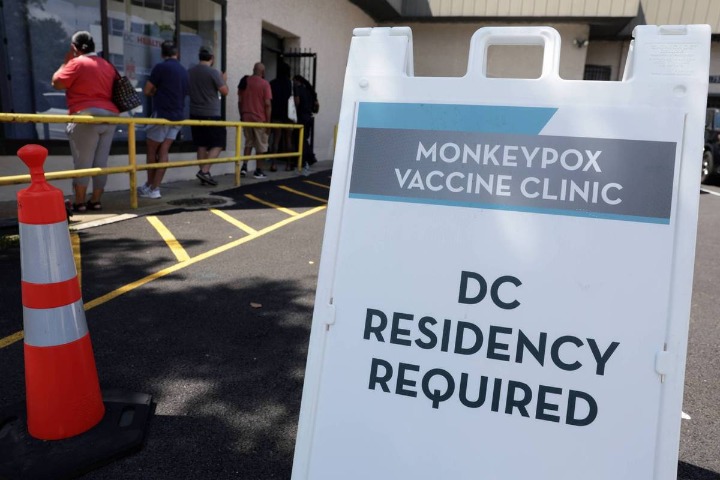 Just as it has failed to contain the spread of the new coronavirus, the United States is failing in its response to the spread of the monkeypox virus, with the number of cases rising to 16,603 as of August 24, the highest of all country. By Sunday, the virus had been detected in all 50 states across the country.

The fact that this is happening despite the presence of appropriate vaccines in its strategic national stockpile underscores serious shortcomings in its social governance.

When the first monkeypox infection was reported in the United States in May, the Joe Biden administration sent a confident message, which came to: We have this.

However, they did not. The measures that should have been taken remained lip service. The country obviously hasn’t learned the lessons of its poor response to the COVID-19 pandemic, which has resulted in the United States having the highest number of COVID-19 infections and deaths from the disease in all countries.

So what went wrong? Why has it failed in its response to the COVID-19 pandemic and now the monkeypox pandemic?

The political system in the United States is sick. Those in power have been too preoccupied with bipartisan struggles to pay attention to the development and implementation of specific policies to ensure people’s well-being. Winning elections and beating political rivals were placed above the public good.

Such twisted practice means that political parties in the United States have separated themselves from the people and are now just playing political games within their own circle. Politics for politics’s sake has become the nefarious reality of the United States.

Based on current evidence, it is clear that the United States will not be able to respond effectively to future health risks. It will not be able to protect its people from future outbreaks of deadly diseases, which experts say are set to become more frequent due to climate change.

The United States always points the finger at other countries when it comes to human rights issues. But it is indeed high time that it carefully examines its own human rights conditions. Its unsuccessful responses to the novel coronavirus and the monkeypox virus show that it has failed to protect people’s right to health.

The United States must be reminded that it must first put its own house in order before lecturing other countries.