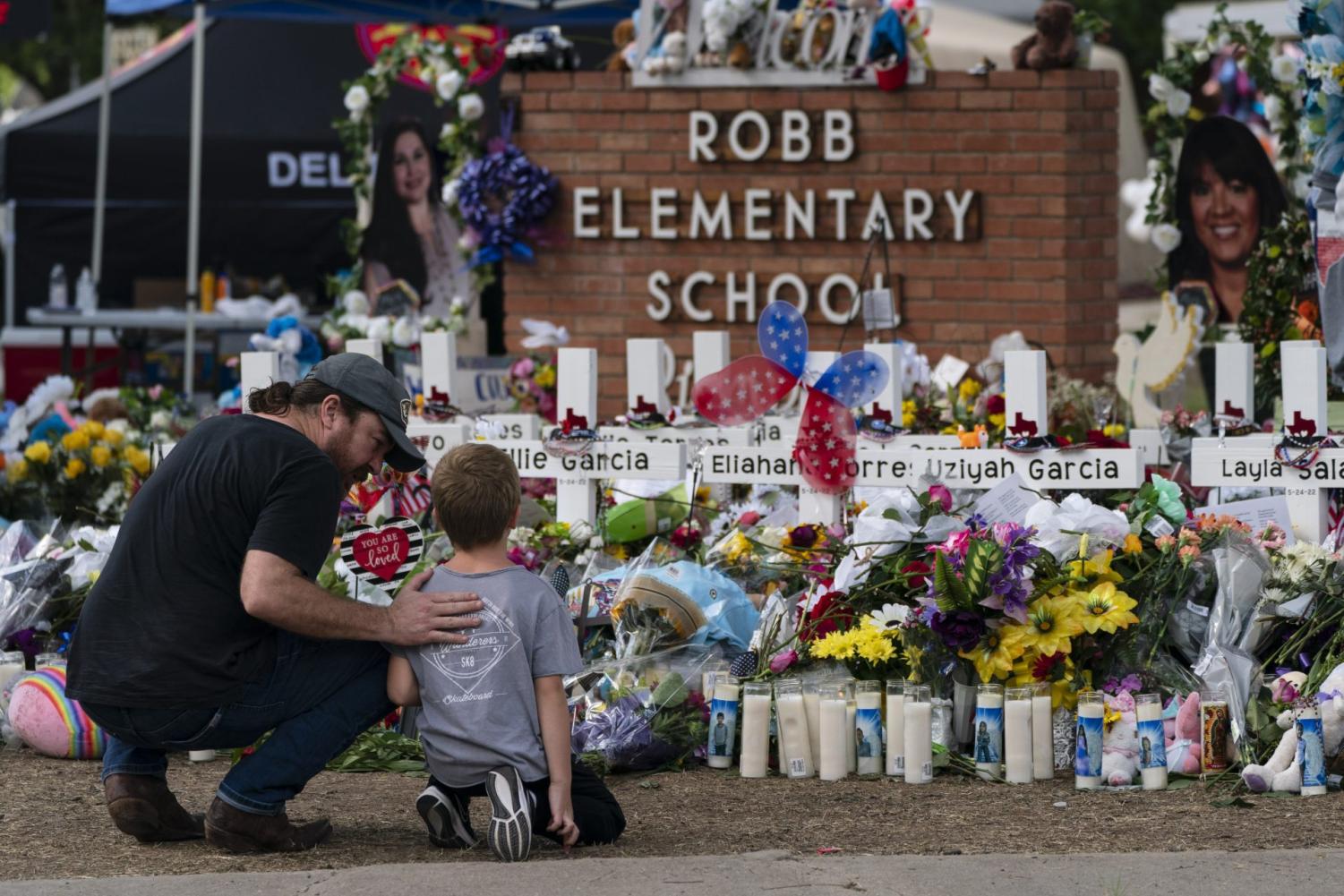 Following the recent and tragic mass shootings in Buffalo, NY, Uvalde, Texas and countless mass shootings in major cities across the country in the past month, America is about to enter a new battle for rights firearms.

In 2022, the Gun Violence Archives recorded 216 mass shootings and more than 17,500 deaths caused by senseless gun violence. Yet the nation’s deeply divided political beliefs about gun ownership and its role in American society will undoubtedly stand in the way of the passage of meaningful gun control laws.

“We have an incredibly divided government,” said Eulalie Laschever, an assistant professor of sociology at DePaul who specializes in US gun policy. “The combination of the political stalemate that prevents everything from passing, with the fact that there is so much more money and power within gun rights groups than gun control groups fire, makes it really difficult to move the issue forward.”

The majority of Americans support gun restrictions and believe that gun violence is a serious problem, but passing legislation at the federal level is nearly impossible, and now it becomes even more difficult at the state level where gun control activists have made substantial progress in the past.

Small states disproportionately influence the distribution of national power in America. Therefore, because of the Senate’s filibuster rule, majority voting carries little weight when it comes to passing meaningful gun legislation. If the Senate were to remove the filibuster, then legislation would be passed that would represent the majority of the American people, rather than a small subset of the population.

That’s partly because the anger and passion for gun control that ensues after a mass shooting is often fleeting and easily forgotten once time passes.

The consequence of the deeply divided political culture we see today is that mass shootings tend to strengthen the gun control movement. It also sparks fear among gun rights advocates who tend to buy more guns after a shooting than they may have had before. Research shows a significant increase in arms sales in the months following the deadliest mass shootings. This is a big part of why, historically, mass shootings have little impact on gun reform and often have the opposite effect.

While liberal gun control supporters believe tragedies like the Uvalde school shooting create an opportunity for change, gun rights supporters, prompted by the National Rifle Association, are toughening their stance for fear that their right to the Second Amendment might be threatened.

“Our children who are dying do not help [pass gun control laws]», Diane Latiker, Executive Director and Founder of kids off the block, a Chicago-based nonprofit dedicated to helping at-risk youth escape economic impoverishment, said. “If that doesn’t push you to put aside everything that’s stopping you from doing everything you can to stop this violence, then I don’t know what else can be done.”

Regardless of how many tragedies occur, the problem is that America’s divided political system continues to prevent change. According to Latticker, this cycle of violence continues to persist because you have two conflicting worldviews that have turned into a culture war problem that makes compromise so difficult.

Although polls show that Democrats, Independents and Republicans support some form of gun law reform, majority opinion is repeatedly deemed not substantial to enact changes at the federal level due to the obstruction — an action intended to delay or prevent a vote on a bill, resolution, amendment, or other matter, and grants veto power over national policy to a small number of states.

Nonetheless, gun control legislation must be passed at the federal level to make a difference in reducing gun violence. Yet the disproportionate influence of small states in the democratic system makes it nearly impossible for the Senate to pass any legislation.

Although Illinois has some of the most restrictive gun laws in the nation, they are ineffective in reducing gun violence, especially in Chicago, due to lenient gun laws in bordering states. According to a gun tracing report commissioned by the former mayor of Chicago in 2017, 60% of the majority of illegally used or held firearms recovered in Chicago came from Indiana.

Laschever said it doesn’t matter how strong Chicago’s gun laws are. If you can buy a gun in Indiana and bring it back to Chicago, the laws become meaningless. You can’t do much to control the flow of guns in a small geographic area if states have different laws.

Although passing meaningful gun control legislation seems nearly impossible in a country riddled with gun violence but so deeply divided politically that it seems nothing can be done to prevent further violence, Americans still hold out hope for a better future.

“I have to keep hope alive because if I don’t, I can’t give hope to the young people I serve,” Latiker said.

People have become desensitized to gun violence because of the frequency with which it occurs, and Laschever believes that forcing himself to care about it after every shooting is a way to fight for reform in a corrupt political system.

“There is power in outrage and there is power in the shock of these events,” Laschever said. “But if people are no longer shocked and outraged because it’s something that happens all the time…the potential for an event to be transformative is reduced.”

It’s time to let go of our anger, avoid unnecessary rhetoric from both sides of the political spectrum, and take action to curb the gun violence that claims too many American lives each year. Being desensitized is no longer a solution, but only serves to bolster the political agenda of politicians who do not care about the lives of the American people, but profit from their suffering.