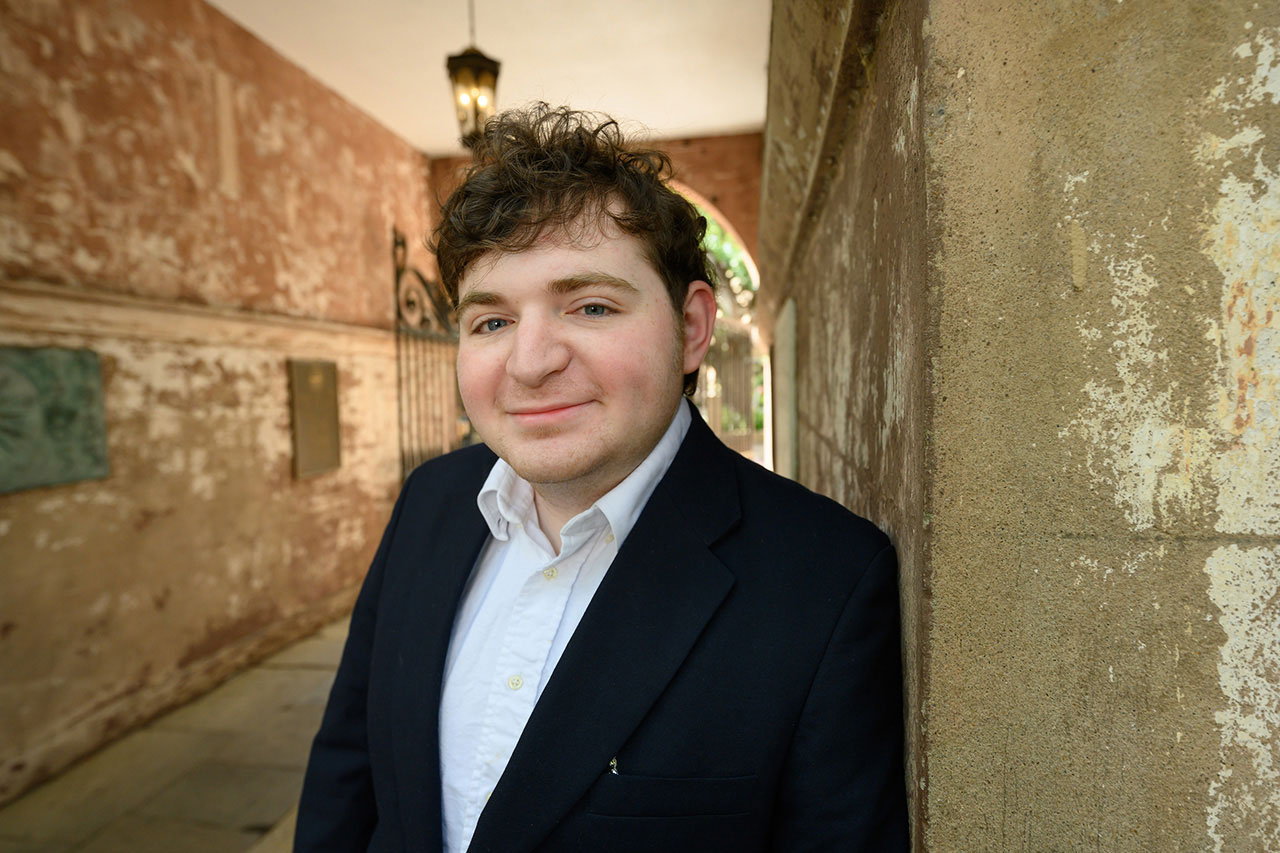 As the class of 2022 prepares for the start, on May 6 and 7, college today will highlight how some of our senior graduates have spent their time at CofC and what the future holds.

How long ? The third year. It was then that he decided to memorize the entire list of Presidents of the United States. He won his fifth-grade Theodore Roosevelt-themed speech contest, and in 2008 he dressed up as a voting booth.

That’s right, a voting booth. As part of a Halloween costume, Kronsberg and her mother covered a box with blue paper, wrote the names Obama and McCain on it, and attached a clipboard. He then carried the box and asked people their presidential preference.

“I had no idea that walking around and asking adults who they were going to vote for wasn’t an appropriate thing to do,” Kronsberg recalled. “I was just a voting booth.”

It’s no surprise, then, that Kronsberg is graduating this weekend from the College of Charleston with a bachelor’s degree in political science and minors in history and Jewish studies. Kronsberg is one of seven students to receive the John Lewis Gervais, Jr. Award. This award is given to Honors College graduates with a 4.0 GPA.

Growing up in Charleston, Kronsberg remembers her parents always discussing politics and world events around the dinner table. And he and his two brothers were encouraged to join in the conversation. These late-night dinner conversations helped shape his understanding of the world.

As a student at Academic Magnet High School in North Charleston, South Carolina, he won an award for his graduation thesis, which explored the idea of ​​transforming the Electoral College. After graduating from high school, Kronsberg attended Duke University for a year. He loved college, but felt it just wasn’t for him. So he decided to take another look at the College of Charleston and transferred to CofC as an Honors College student in his second year.

Back in the Lowcountry, Kronsberg quickly immersed himself in politics. He became involved in the College’s Student Government Association and was named president of the College’s South Carolina Politics Club. He volunteered to work on Joe Cunningham’s congressional campaign and Pete Buttigieg’s presidential campaign. He accepted an intern position with the Charleston County Democratic Party, and two years later rose to the position of Assistant to the President.

Kronsberg credits his teachers with helping to develop his appreciation and love for politics.

“My political science teachers blew me away,” he says. “I think I had the brightest teachers possible.”

But Kronsberg admits he has become “worn out” by the polarization and hyper-partisan rhetoric that seem to dominate political discourse today. He says it’s getting harder and harder to have political conversations now and it bothers him.

“I’m someone who likes to have respectful conversations,” he says. “However, I think having conversations about politics is increasingly taboo in our world, and it leads to so much conflict. Everything gets personal in today’s political environment.

Kronsberg has decided to take a break from politics and steer his future in a different direction for the time being. This summer, he will travel to Charlotte to participate in the Teach for America program in North Carolina. He will spend the next two years teaching mathematics to middle school students.

After his teaching time, he doesn’t know exactly what he will do next. He says he can stick with teaching, he can go to graduate school, or he can start applying to law school. No matter what path he takes, Kronsberg believes his time in college helped prepare him for anything.