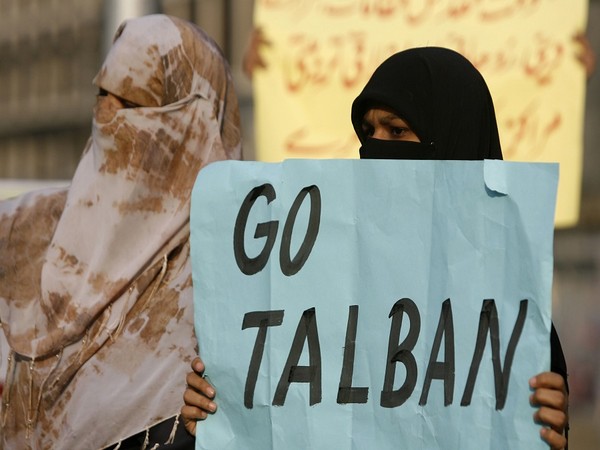 Brussels [Belgium]Aug 14 (ANI): The Taliban who seized power in Afghanistan a year ago and formed a new government, have failed to form “an inclusive political system” and continue to violate human rights, the EU’s External Action Service (EEAS) said on Sunday. .
“A year ago, the Taliban broke their promises to the Afghan people and the international community to broker a settlement to the decades-long Afghan conflict. Instead, they forcibly overthrew the Afghan government based on the Constitution, and the Taliban have failed to establish an inclusive political system, thereby negating the aspirations of the Afghan people,” the EEAS said in a statement.
The European Union has pointed out that the Taliban violates women’s rights by denying girls access to secondary education, introducing compulsory dress codes and restricting free movement, which isolates women from economic life. and public.
Mechanisms protecting women and children from violence and forced marriages have also been dismantled, contributing to the increase in domestic violence, the EEAS noted.
The EU agency also accused the radical movement of abusing ethnic and religious groups, including Hazaras and Shiites.
“Violations and abuses include extrajudicial executions, arbitrary arrests and detentions, torture, ill-treatment and intimidation. Freedom of opinion, expression, press, peaceful assembly and association are violated “, reads the press release.

The EU added that it had restored a “minimal presence” in the country and ensured continued humanitarian support to the Afghan population in cooperation with international partners.
The Taliban took control of Afghanistan in August last year and imposed policies that severely restricted human rights, especially those of women and girls.
The Taliban carried out widespread censorship, limiting critical reporting, and detained and beat journalists. They carried out revenge killings and enforced disappearances of former government officials and former members of the security forces. They summarily executed people deemed to be affiliated with the Islamic State.
The United Nations Assistance Mission in Afghanistan released a report last month outlining the human rights situation in Afghanistan in the 10 months since the Taliban took power.
The report summarizes UNAMA’s findings regarding the protection of civilians, extrajudicial killings, torture and ill-treatment, arbitrary arrests and detentions, the rights of women and girls in Afghanistan, fundamental freedoms and the situation in the places of detention. The report also contains recommendations to the de facto authorities and the international community.
Despite an overall and significant reduction in armed violence, between mid-August 2021 and mid-June 2022, UNAMA recorded 2,106 civilian casualties (700 killed, 1,406 injured).
According to the report, the majority of civilian casualties were attributed to targeted attacks by the self-identified armed group “Islamic State of Iraq and the Levant – Khorasan Province” against ethnic and religious minority communities in places where they go to school, worship and going about their daily lives. (ANI)