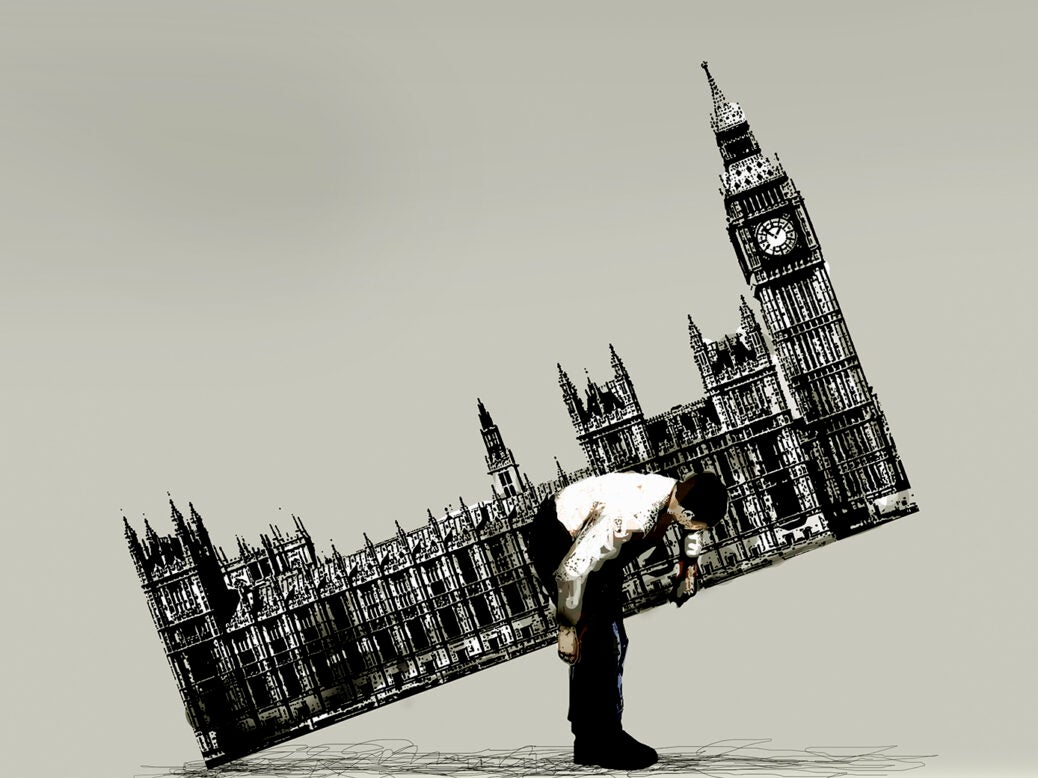 Two surprises last week – a trip to Manchester and a leaked directive from a cabinet minister – point to the same conclusion, backed up by local elections this month. This is not surprising, at least for BORN. readers, but it smashes its way onto the agenda: Westminster is now utterly unable to fix the inequalities. A new deal for non-metro England is set to be at the heart of the upcoming general election.

I mean more than leveling up, crucial as that is. I mean a radical redistribution of power – therefore vigor, therefore self-confidence – away from London. We’ve been talking about it forever. But nothing happens. It’s time.

For at least a lifetime, constitutional reform has been discussed by the wrong people, sometimes including the younger me. It excited matted-haired, pamphlet-scribbling political nerds and corduroy historians, with a few disgruntled MPs around them. Books. Meetings on the sidelines. But not the right people. Never voters. Put “the system” next to the NHS, the cost of living, immigration… and the good people, those for whom the system exists, don’t give a damn.

It has been so for more than a century in England. Edwardians have raged under the collar over the need to sabotage the House of Lords, the electoral system and the distribution of power in the UK. Elsewhere, it was a different story. The Scottish devolution movement and the peace process in Northern Ireland have energized tens of thousands of people. In England, however, constitutional change has become a fringe issue, placed somewhere between land tax and organic apple stalls at West Country Liberal conferences. Do you remember the devolution referendum in the North East of England in 2004? Nope? Nor 999 out of 1000.

[See also: The Tories are trying to blame the Bank of England for our economic crisis]

My trip to Manchester was for LBC, to interview Andy Burnham from Labour, as well as the Conservative Mayor of Tees Valley, Ben Houchen. Burnham was abuzz with energy about the need to rewire the whole country, get rid of the Lords, change the electoral system and adopt a new economic and tax system based on wealth and land rather than income.

But Houchen and Jim O’Neill, the crossbencher who served as Treasury minister under David Cameron and was a key supporter of the Northern Powerhouse, have both argued in favor of varied regional taxation – which horrifies the Treasury today – and greater representation. for the regions in parliament. The ideas are not identical in all the parties, but the thirst for change is. I came home buzzing.

The second “surprise” was a leaked directive from Michael Gove, the Minister for Leveling Up, to the Speaker of the House of Lords. Gove advised him that when the ornate chamber needed to be vacated for the Palace’s massive need-to-rebuild program, the peers shouldn’t just head to a Westminster conference centre. They should instead ride silver sticks and travel to Stoke-on-Trent, Burnley, Edinburgh, Sunderland, Plymouth, Wolverhampton or York.

Well, absolutely right. While it’s impossible to work in Westminster for long without developing a sentimental attachment to the grim medieval architecture and unique musty atmosphere, lightly scented with broth and halitosis, a hard march of the stamps north would likely save some many fragile lives. The building, a friendly peer told me, is now incredibly dangerous. Small fires break out all the time. “It won’t be long before there is a real catastrophic conflagration.” Skeptical as I am about the second chamber, the mass immolation of what remains of the aristocracy would be an excessive solution.

But, more importantly, it is almost impossible to work for long at the Palace of Westminster without succumbing to some sort of groupthink. Our uniquely centralized political system has failed in most of England, failed in Scotland, failed in Wales and also failed in Northern Ireland. Displacing parliamentarians is not enough.

The failure of the current system is one of the inescapable conclusions of the 2019 general election, and before that of the rise of the SNP and Plaid Cymru, too bad for the current hubbub in Belfast.

Unionists in Scotland would rightly point to the failures of the SNP-Green government. But the SNP’s unhealthy dominance is the result of Tory dominance in England and the Brexit vote. It was created by Westminster parliamentary absolutism. Similarly, the fight over protocol at Stormont is a direct consequence of the Brexit deal reached by Westminster.

And the longer history of British democracy has never been about dominating Westminster thought. Whether it was Joseph Chamberlain and Birmingham City Liberal radicalism, or the Chartists, or the Suffragettes, or Manchester, or the Irish Home Rule disruptors, Westminster was most alive when it was filled with energy intellectual from elsewhere in these islands. It wasn’t always moldy. It wasn’t always sleepy. The building itself, like a Plantagenet theme park, tells a false story about historical continuity.

We are close to a real chance of remodeling. It is not caused by pamphlets or seminars, but by the right people, the voters. The local election results sent the message that neither the Conservatives nor Labor are spreading across the UK any longer.

The English Tories must now fight on two flanks. The party declined rapidly not only in Scotland, but also in Wales; it was hammered in London. Labor has largely failed to regain the swaths of the Midlands and northern England it lost in 2019, and it is still stuck in Scotland. Smaller parties, from the Liberal Democrats to the Greens and Sinn Féin, have done better. Basically, the polls suggest that if a general election were held tomorrow, the result would be a hung parliament.

As I wrote in these pages last week, Tory strategists are already planning to warn voters against activating a ‘chaotic’ coalition of SNP, Labor and Lib Dems, which would continue to rewrite the constitution of the country. And this from the party that brought us Brexit chaos.

But I agree to this extent: looking at the incomplete and scattered picture painted by the local elections, we can see the dark shape of an unknown politics before us. Brexit has brought us not the single, irresistible bass voice of a resurgent national community, as the Johnsons and Rees-Moggs of this world hoped, but a babble of competing voices. Not a politics based on class and ideology, but increasingly on geographical proximity and, in particular, on resentment against London and the concentration of power and wealth in the South East of England.

In Scotland and Northern Ireland, the relentless turnover of demography seems fatal in the longer term for the United Kingdom. The younger the cohort, the less affection there is for Britishness. The changes in Northern Ireland encourage those in Scotland, and vice versa. In their tone, their personal stories and their constitutional perspectives, Nicola Sturgeon and Michelle O’Neill chime.

The big missing piece of the puzzle is England. The prickly hostility of the English to the “great wen” of London’s festering arrogance never died, and the dissolution of the Union at large would aggravate the imbalance within England, not the would solve. The opposition must think about alternative models. He should take another look at Asquith’s 1912 “Home Rule all round”, a different form for a modern federal Britain, which was never realized. He should take up the most audacious ideas of the conservatives on local regeneration and negotiate with the other opposition parties to build another type of policy.

He must. It should. But we all know that won’t be the case unless voters push the pace. I hope they will, before the fire breaks out.

This article originally appeared in the May 18, 2022 issue of The New Statesman, Putin against NATO