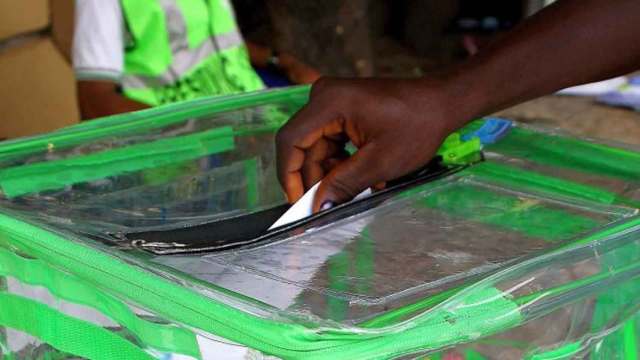 The two main political parties, the Peoples Democratic Party (PDP) and the All Progressives Congress (APC), are engaged in a titanic struggle to prevent their implosion on the lingering and complicated question of where power will be in 2023. We used to to know it as rotation of power; now it’s zoning. The rotation would be between north and south; the zoning would be among the six geopolitical zones. It is not an easy decision for the parties. A misstep by one political party will be the gain of its rival.

In a rigid political system, this should be a settled issue now. But ours is a fluid system in which nothing is regulated. We have had four rotations of power between north and south since 1999. This should be the fifth time, but the fluidity of our political system is needed to redefine and reconfigure the place of power. And the struggle, as my good friend Haroun Adamu would say, continues.

I’m sure you recognize this as our famous policy reshuffle. One step forward, four steps back. Every time we make progress, we go backwards. Long years of military diet have taught us the benefits of marching rather than marching. It’s frustrating because it’s at the root of our political instability.

Political instability isn’t that bad, really. I am not cynical. The more politically unstable a country is, the more it finds itself engaged in a creative enterprise of finding solutions to old problems, new problems and recirculated problems, thanks to our politicians. It is their lot to worry about these things.

The political parties’ lack of decision-making heats up the political system, as it should. There is a lot to know about where the next president is coming from and which of the two parties will produce him through the ballot box. It’s a zero-sum game. I don’t envy party leaders. However each side decides their preference between rotation and zoning, something must inevitably give way. There will be minor or major hemorrhages, one party will lose power, which is not really sad because the two parties are mainly made up of recirculated refugees fleeing the political inclement weather from one party to the other. Defections have become the rule of the game.

I thought I should give them a free hand. What did our eggheads and politicians think of the rotation of power in the making of the 1979 constitution? I consulted what has become my bible on political thought in the country – the great debate that accompanied the impressive draft constitution of the 49 wise men in 1975-77. It’s always a good thing to listen to the soft voices of the past. Knowing what the past thought about the problems that troubled us then, and still trouble us, is to appreciate how much we offer solutions to turn them into problems; and start looking for solutions to the new problem again. We call it moving the country forward.

Letting my fingers wander, I skimmed through the 718-page volume called The Great Debate, edited by Dr Walter Ofonagoro and published by the Daily Times of Nigeria Limited in 1977. I wanted to know what was the thinking on the rotation of power and how this might guide our current party leaders to make sense of a problem that is getting worse by the day.

I found four contributors to the debate on the rotation of power, as it was called at the time: then there was no zoning. Each of them answered in the affirmative to the simple question: must there be rotation of power? Everyone thought more or less the same. Each contributor offered points of view that we would find rather bizarre today because they are clearly impossible to move us forward. But I present them here because this being a fluid political system, what they thought then, might be the solution to the current confusion in the PDP and the APC now.

My first contributor is PO Ekwerekwu. He wrote: “How can we guarantee that for the next 100 years the executive presidents of Nigeria will not come from any particular region of this great nation. We don’t have to be wrong all the time. We still practice sectionalism in our daily lives. I suggest the rotation of our presidents among all the states of the federation alphabetically or otherwise.

At the time he made this illuminating suggestion in pursuing the doctrine of fairness in the locus of presidential power, we had 19 states in the federation. Now we have 36 states. A problem multiplied is clearly a problem solved.

From Obi JI Onyia comes an identical suggestion. He wrote: “The Executive Chairman should rotate from State to State if we are not to be mistaken provided that the States are created on a linguistic basis, or alternatively on five linguistic zones, namely (1) the language zone Hausa; (2) Yoruba-speaking area; (3) Igbo-speaking area; (4) Kanuri and other ethnic groups in the Bauchi, Benue, Plateau, Niger states; (5) ethnic groups of Kwara, Bendel, Rivers and Cross River states…”

Tayo Olafioye believed that “One way to eliminate problems regarding the presidential system is to have the president on a state-by-state rotation basis. Every three or four years, we should vote for national calling candidates from a particular state whose turn it is to provide us with a president. Each state will be more loyal and integrated to Nigeria, knowing that it has the opportunity to share power at the top.

Dr. J. Ogbonna argued that: “This principle of rotation is put forward to avoid the concentration of power in the hands of a few groups or groups. The need to replace ethnic policy with national policy is taken into account. In order to achieve this, the nation has been divided into 4 zones and then grouped into zones A and B. In the arrangements, if zone A elects the president, then zone B will elect the vice president and vice poured.”

I have come this far to drag the story into the debate over where presidential power lies in the run-up to the 2023 election in which there will be the change of baton from President Muhammadu Buhari to a new president so to make a few comments on this. very important subject. As the contributors quoted here have demonstrated, this issue has long played out on the national stage. While everyone recognized that rotation of power was the panacea to the myriad of our national problems, no one seemed to know then, and no one seems to know now, how it was to be done. This remains the thorny problem over which our current political leaders are racking their brains.

I expected to find some uplifting thoughts on how every tribe or section of the country could have a fair shot at the presidency. I couldn’t find any. Instead, I found mediocre thoughts that are clearly impossible to implement. It makes no rational sense to think of rotating the presidency among the 36 states of the federation.

But I can understand why the suggestions were made. The contributors wanted to be fair and ensure that while not everyone can become a Nigerian president, every state can produce a Nigerian president and therefore must be allowed to do so without prejudice to other states based on an agreed formula. Politics is a numbers game. If certain allowances are not made to bring the tribes with poor performance in the work halls within harpoon distance of the presidency, barring some political accident or miracle, it will be their lot forever and soon to fetch wood and draw water. .

Power is so sweet that those who hold it insist on holding it and can give compelling reasons not to let go. Nature and colonial authorities conspired to make political strife the defining characteristic of our country. Nature has imposed on the country a rainbow collection of large tribes, medium tribes, small tribes and small-small tribes. All 350.

The colonial authorities, by accident or design, grouped the medium, small and small-small tribes under the three major tribes – Hausa-Fulani, Igbo and Yoruba. Should they be allowed, because of their numbers, to dominate power at the center to the exclusion of other tribes? Should the other tribes continue to hope for a political accident that would produce a Goodluck Jonathan at unknown intervals? It is unrealistic to hitch the cart to a political accident and see it clutter the unpaved path of our unreconstructed political thoughts.