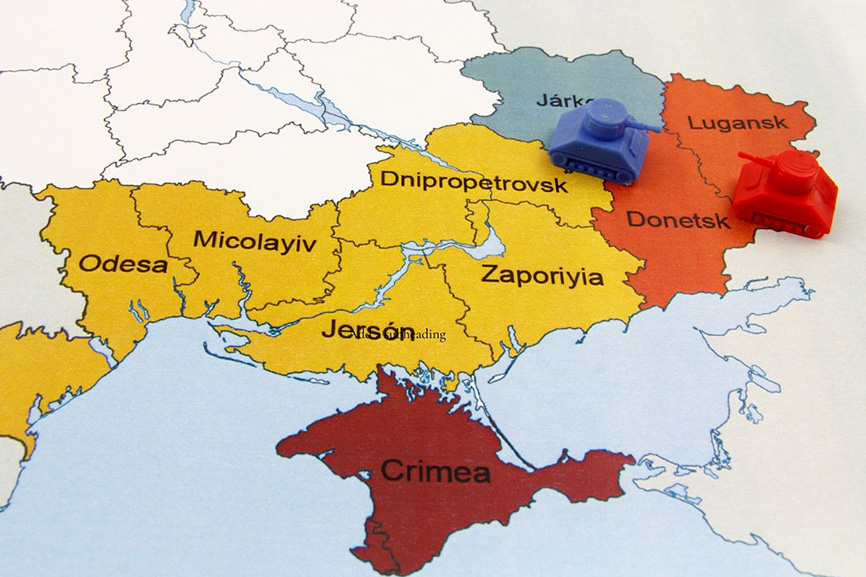 Wright State University faculty experts in Russian and Ukrainian history, foreign policy, and political science will analyze the war in Ukraine and its broader implications in a panel discussion.

“The Russian-Ukrainian Crisis: Historical Perspectives and Political Science” will take place on Tuesday, March 8, from 12 p.m. to 1:15 p.m. at 101 Fawcett.

The discussion will also be streamed live on Webex and made available for viewing at a later date.

Organized by the Wright State School of Public and International Affairs at the College of Liberal Arts, the discussion is open to students, faculty, staff, alumni, and the public.

Laura Luehrmann, Ph.D., professor of political science and president of the School of Public and International Affairs, will moderate the panel.

She said hosting a roundtable with cross-disciplinary perspectives can “enrich our ability to understand the situation.” The panelists will provide accurate information and a deeper understanding of the war in Ukraine while seeking to counter misinformation about the conflict, she said.

“Our faculty welcomes the opportunity to apply our research and share our work with our students and the wider community, especially when real-world events demand deeper awareness, as we see with the war in Ukraine,” Luehrmann said. “It’s an overused word recently, but it’s true – we are going through unprecedented changes and challenges, and it is the responsibility of an academic community to promote dialogue so that we can all do our best to understand it.”

The panelists are experts in fields directly related to the Ukrainian-Russian crisis.

Pollock has worked extensively in Ukraine and Russia, specializing in Russian and Ukrainian history, and teaching courses on Imperial Russia, the Soviet Union, and modern Europe.

It will provide important historical context, particularly on Russian President Vladimir Putin’s recent speeches and assertions in the build-up to the invasion of Ukraine.

Anderson lectures on Russian politics and foreign policy and specializes in international relations and the former Soviet Union.

It will highlight the Russian perspective on global and regional events since the collapse of the Soviet Union in 1991, including the enlargement of the North Atlantic Treaty Organization (NATO), the conflict in Kosovo and the annexation of Crimea by Russia in 2014.

He will discuss the norms of force, the importance of perceptions in crisis, and the causes of war.

Luehrmann said interest in the roundtable was high, with inquiries coming in from beyond the Wright State from Wright-Patterson Air Force Base personnel and alumni of the whole world.

The School of Public and International Affairs began hosting the program before Russia invaded Ukraine, and on February 24, the first day of the conflict, Anderson and Shannon held impromptu public “office hours” on webex.

“Students and faculty were present and enjoyed the ‘on-the-spot’ analysis and discussion,” Luehrmann said. “This is what we do.”